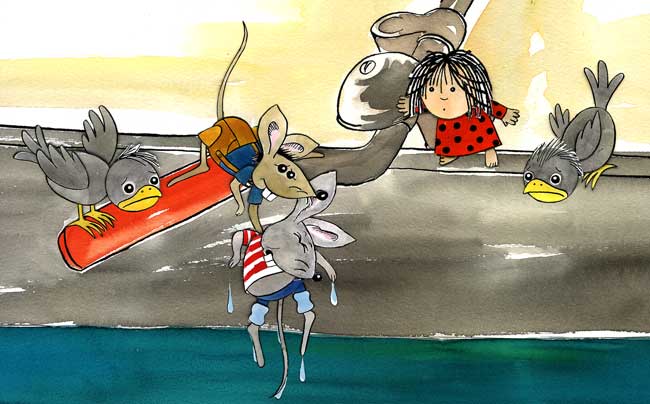 Circleen is moving to town with her two friends Ingolf and Fredrik. They meet city mouse Sisse who knows the secrets of the city and who lives alone with her granddad and her kid brother Viktor on a ship in the harbour.
And then there is Hassan, a turkish mouse, and his family, helping out at the greengrocer’s to get some feta.
Sisse shows her new pals Circleen and Fredrik the city, riding around  in various ways – in a rollerskate,  a motorbike, a toyplane or a railway train.
But the city has dangers.  A big rat lives in the sewers drain and one day it appears…….

“City mice” is a road movie for children.  In a big city you have to move all the time in order to get around.  Especially if you are no more than the size of a matchbox.