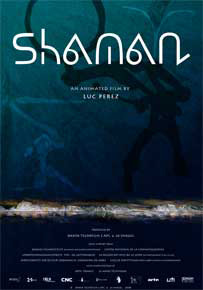 Utaaq, an old Inuit, is at a bus stop in Copenhagen when he spots a bird from his native Greenland above his head: a rare visitor to theese climes. It reminds him of his youth: as a young hunter he discovers that a mountain wanderer is using a Tupilak for killing local hunters. Tupilaks are magical creatures that obey their masters. Utaaq goes off into the mountains, where he becomes a shaman. On his return to the settlement he uses his powers to destroy the mountain wanderer. Finally we return to Utaag at the bus stop: a weary old man nostalgically watching the bird, his familiar.